The Palmer Course at Stonewall Resort

How do you write an introduction for a course whose name bears a legend at a resort built around a lake that bears the name of a local hero? You can try, but you'll fail. So let's just dive into The Palmer Course at Stonewall Resort!

Lots of this sort of excellence awaits you at Stonewall Resort - all courtesy of The King.

Part of the West Virginia State Parks system, Stonewall Resort takes full advantage of its rugged terrain that rises around the state's largest lake named for one of its most famous sons. Stonewall Jackson was born about thirty miles up the road in what is now Clarksburg, West Virginia [Clarksburg was still part of Virginia when he was born nearly 200 years ago (1824)].

Regardless of where the state line was redrawn, you can find a little bit of everything at this excellent state park resort!

Do yourself the favor and get to Stonewall early in the day! The entrance to the resort is worth it!

In other words, anything you want!

From the clubhouse, you can see the Lodge (below) overlooking the fog-blanketed hills and lake just beyond the tee boxes of the opening hole.

The hills frame the man made lake as if the good Lord reached down and created it himself. After all, this is West 'By God' Virginia! If Lloyd and Harry thought John Denver was full of $h*t about the Rockies not being rockier, then they clearly didn't pass through here on their way out West.

The clubhouse houses a well-equiped pro shop on the bottom level and one of the resort's restaurants, Lightburn's, on the upper level. It's worth it to grab a sandwich and a beer so that you can take in the views overlooking the lake and course.

Unless you're staying on property, you're probably going to be facing a little bit of a drive to get there. Fortunately, the have a pretty great range that features quite the great little cart ride to the top of the mountain to find it! My brother (Crusader Codename: Doughboy) joined me on one visit and recalled,

"You know they mean business when the starter tells you how long it takes to drive back down the mountain from the practice tee to the first tee and to not be late!"

Who would want to be late for that??

Course Vitals I'll start by saying this... I've played this course twice (a rarity for me and my golf travel habits) in addition to a few other occasions to meet with up with family or friends for dinner. Every time I've been there, I have been absolutely amazed that the course looks exactly the same each time. These visits were years apart in some cases and yet the photo comparisons could have been considered next day.

Considering Doughboy (109 courses played - he's no slouch folks!) used this pic as is Facebook cover photo for about three years should tell you how nice it is.

In my humble opinion, this is the crown jewel of public golf in the state of West Virginia. Sure, the Greenbrier is "America's Resort", has way more opulence, the PGA Tour and its illustrious history, but you pay for it in a way that it becomes elitist and prices out just about everyone in the state.

As mentioned above in a caption, get here early to play. There are not many places on the list of the 430+ courses we've played that I'd say are even on par with the feeling you get being the first one out at Stonewall. It's therapeutic.

Now on the tee, the 7:45 starting time, The Golf Crusade... (said with British accent)

The course is laid out in a way that you typically never see anything but the hole you're playing. There are a few holes that run parallel to each other, but they are masterfully hidden from one another. If you're one of the ones that loves feeling like you own the place, make that 7:45 tee time (if they let you) and thank us later.

The only place on the course where you'll see someone putt out that isn't in your group, but it's a great place to be!

Another wonderful surprise you'll experience at this stunning course is all the surprises themselves! Each hole is so unique and since you can't really cheat and look ahead at what's coming, often times the first look you get is on the tee box.

No where was this more evident than on the 13th hole.

Since the routing doesn't loop back to the clubhouse after the front nine, by the time you finish the Palmer trademark split fairway par five 12th, you're at the furthest point away from the clubhouse. The 13th flips direction and starting bringing you back home, but not before you get to unload on the best tee shot on the course!

Sun is getting a little higher in the sky so we're a bit burned out on this image, but man is it a great driving hole!

With five tee boxes to choose from, you don't have to play it all the way back to enjoy the challenge. Here's the view from and of some of the forward boxes:

There are some great long views out here too. Looking at the two holes below, you might think they're consecutive. They're not. The 14th is a reachable par four (left side below) and the fall off the cliff par three 16th. Tip: hit your 185 club off the tee on both holes!

Sandwiched between those two strategic holes is the highest point - and best view - on the course. The 15th is also a short par four, but we promise you won't remember what you hit off the tee or even what you score on it.

The 17th has a cool story around 'The Ghost Tree' if you're into course architecture. You have to play around or over this dead but interesting tree in the middle of the marsh if you want to reach the green in regulation on this long par four.

The home hole is a nice, but tough way to finish. Honestly though, it looks its best first thing in the morning! Make sure you get your looks in before you tee off! Bring that camera up to the second level deck overlooking the hole as well.

As a final mention to the conditions, here you have the same hole shot from almost identical locations four years apart. Not much difference in conditions aside from a little less mowing in the non-essential areas.

You should play this course if you haven't already gotten the hint. The first time I played here was a couple years after I had played the nearby and heralded Pete Dye Golf Club (top 50 club on its worst day). They are hard to compare because, let's face it, Arnold Palmer courses and Pete Dye courses don't mix as well as iced tea and lemonade do, but I felt that The Palmer Course at Stonewall Resort more than held its own against its brawny neighbor, less some of the bells and whistles of a golf course carved out of a coal mine like PDCG.

Crusader Rating: 4.9 stars Last Played: 2014 (the only thing keeping it from 5 stars is the time lapse since we played it. It could very well be 5 stars today, but if you have played it recently, check in with us or comment below to keep us all up to date!)

The fact that kids 18 & under play FREE with a paying adult gets me excited. Well done!!!

CRUSADER TIP: So you wanted to know how to play this bad boy for less? They have unveiled a new short course routing for the Palmer Course, aptly named, "The King's Course". Here's a shot of the tees from the scorecard...

It plays just under 2600 yards and has holes ranging from 34 to 245 yards, so it looks like you're going to get to use almost every club in your bag, so don't come toting just a wedge and a putter. As soon as we can make it up there to play it, we will! For $30, that's got to be the steal of the millennia! Call the pro shop for availability of this cool new option.

Until then, here's a few more pics to hold you over! 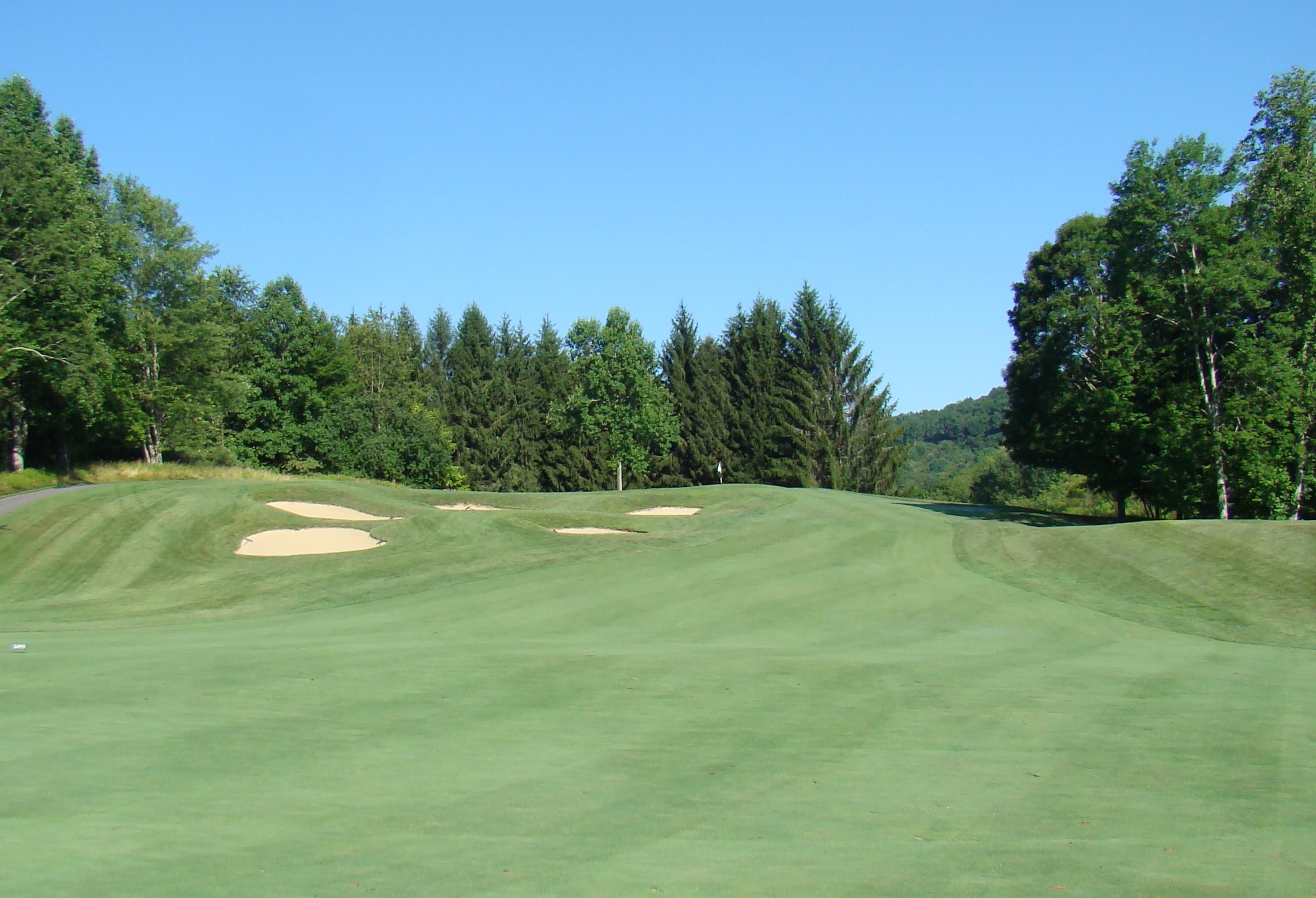 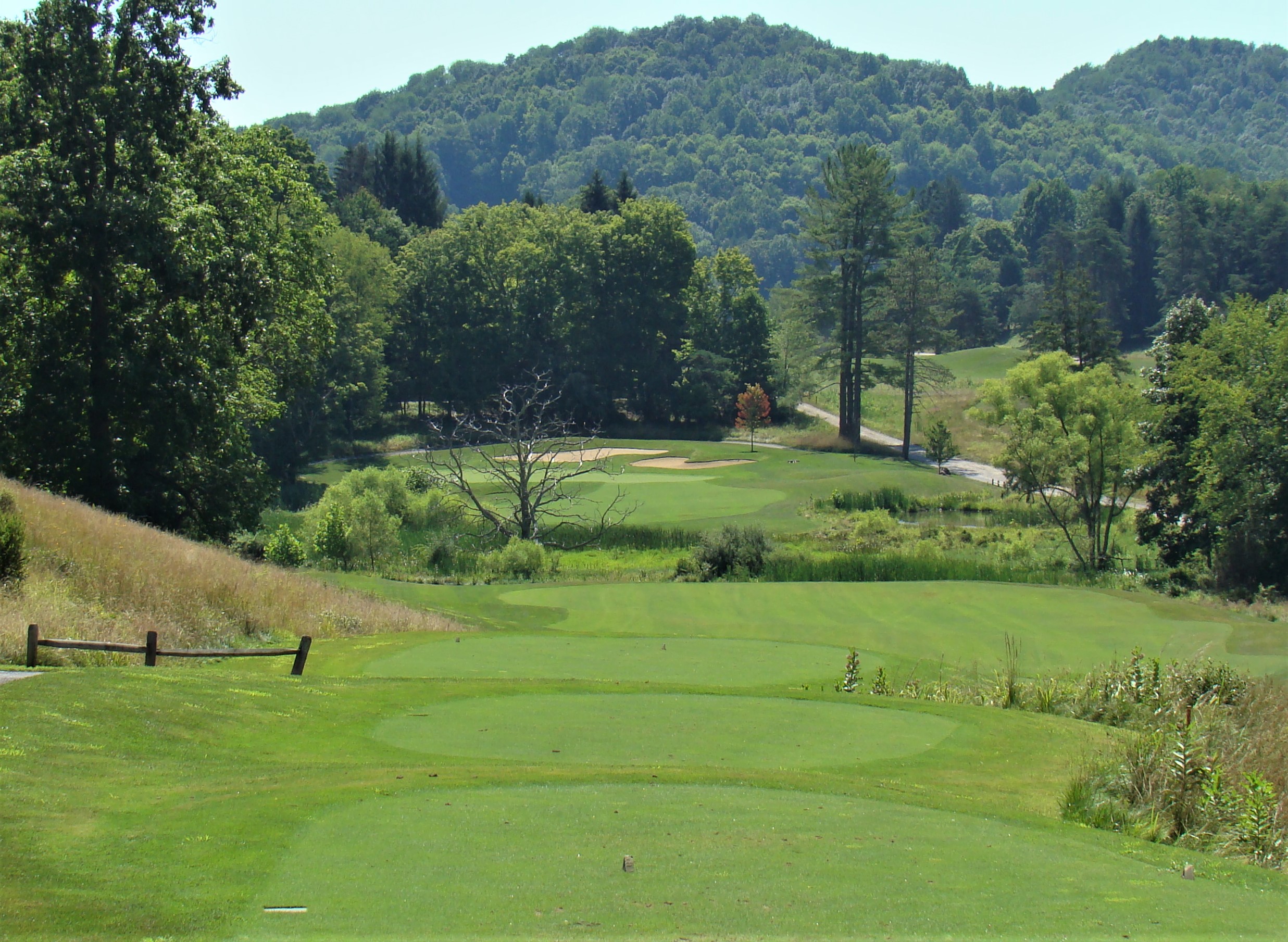 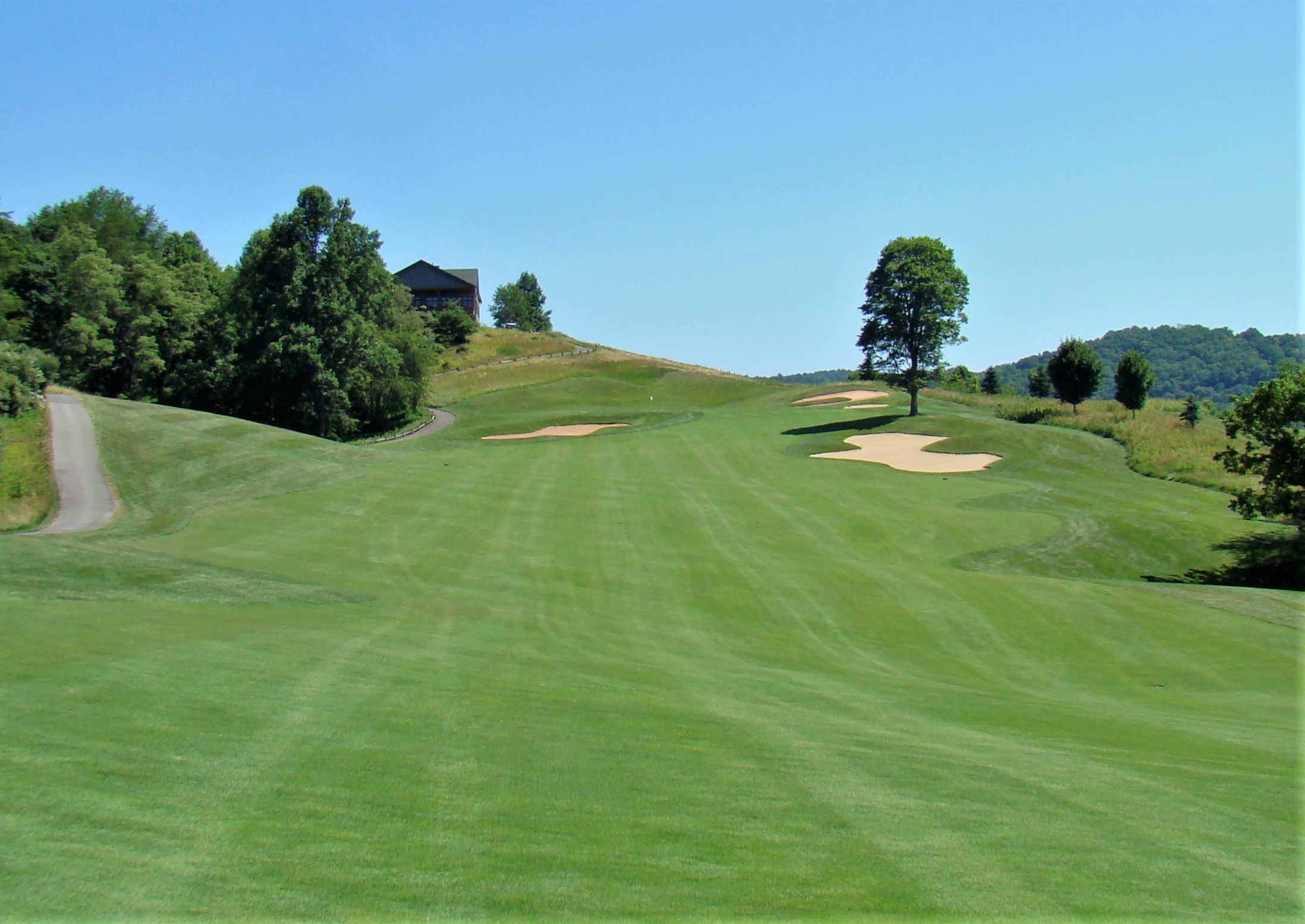